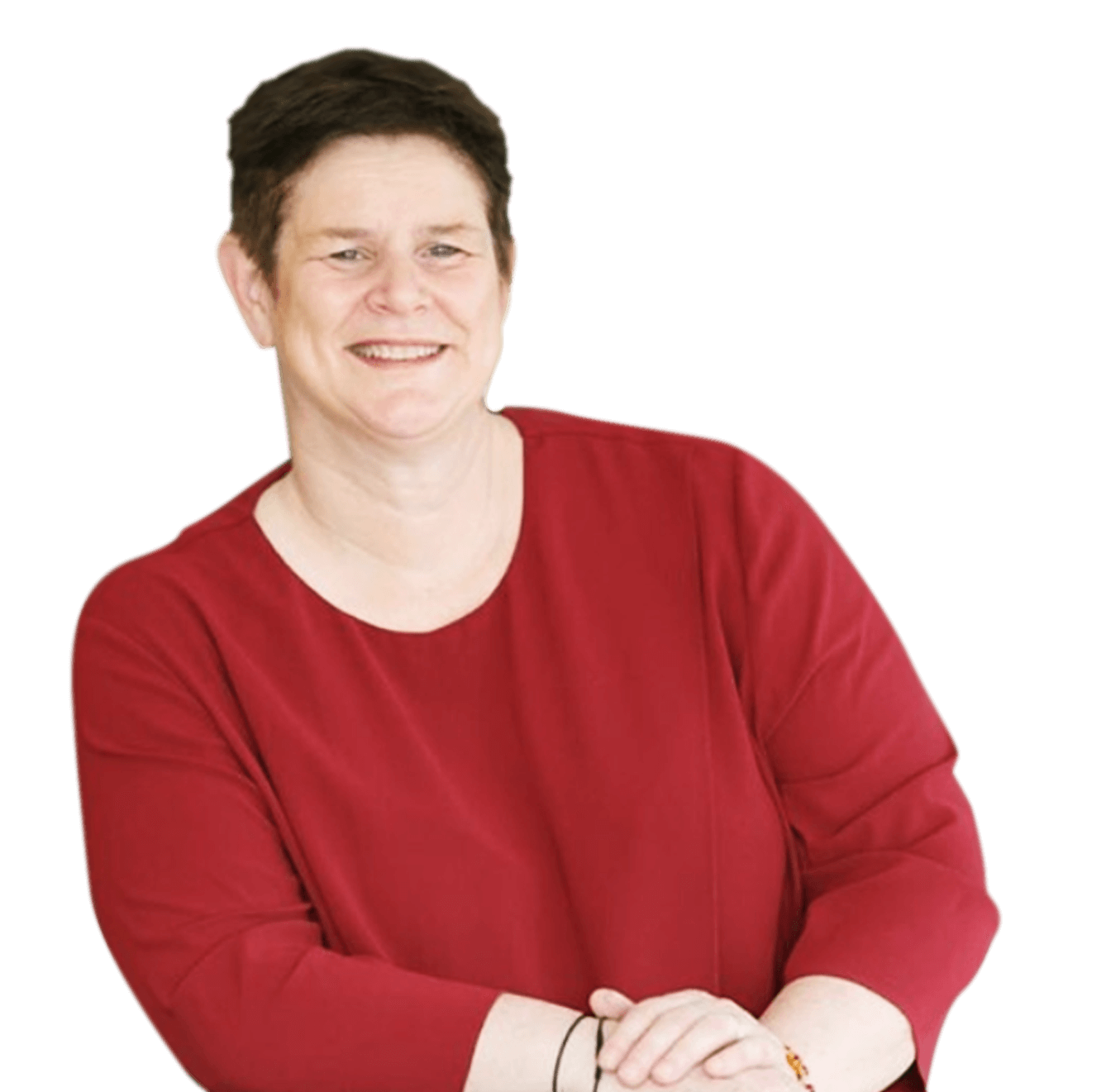 Pam Prior helps entrepreneurs develop financial plans that align with their strategies. Her clients benefit from her extensive experience as a former corporate CFO.

But when Pam started her own journey as an entrepreneur, she needed ways to grow her own revenue.

What We Worked On:

Angela Lauria and The Author Incubator guided Pam on the path to writing, publishing and promoting her first book. They also helped her use it as a marketing tool to help grow her bottom-line, and get her on the road to scaling her business.

Pam’s best-selling book Your First CFO: The Accounting Cure for Small Business Owners helped double her business revenue in the first year after its publication.
It also helped double it again the following year. Her revenue is now about to break seven figures, and the growth doesn’t look like it will slow down any time soon.

“After I wrote my book, my annual revenue doubled in a year. And then doubled again the following year. Now I’m pounding on the door of seven figures.”
– Pam Prior 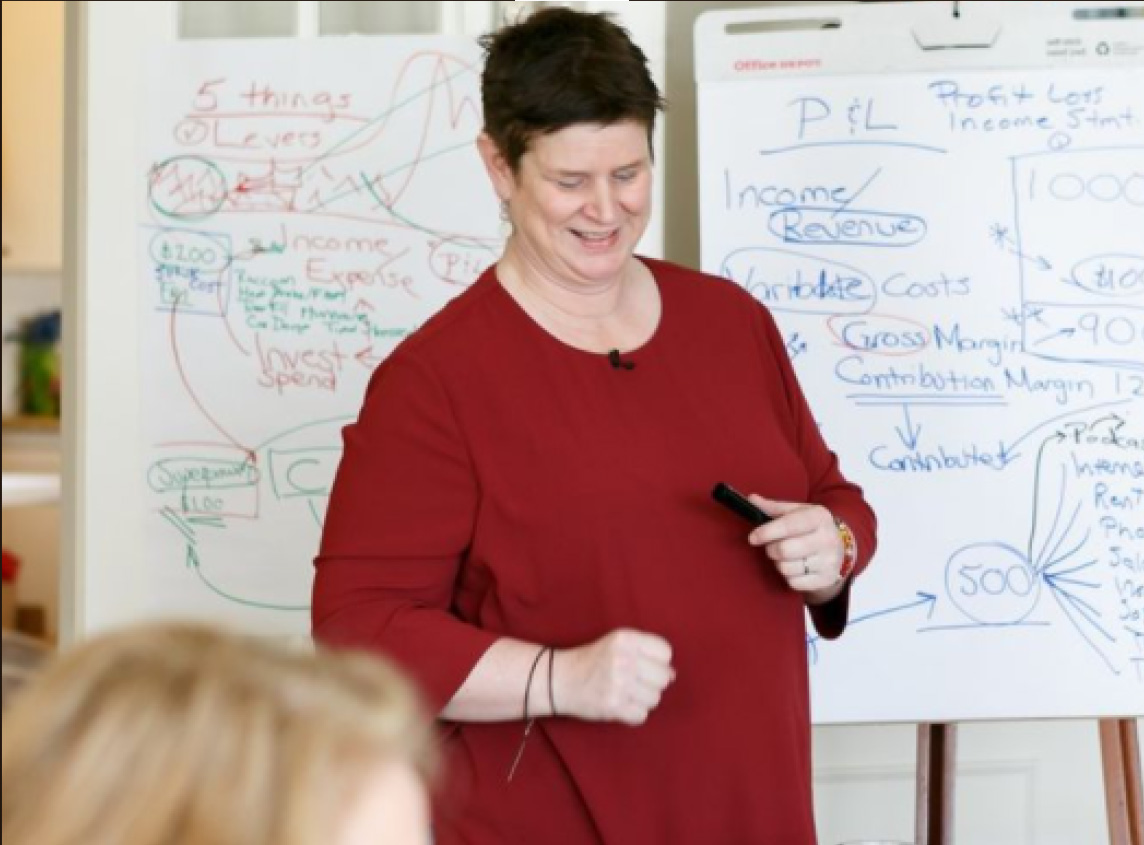 Pam Prior isn’t your average CFO. She’s forged a vast armory of financial management skills having transformed the fiscal operations of some of the world’s biggest companies, earning herself a place at the peak of her field. But in a surprise manoeuvre, she spring-boarded from the top of the corporate ladder into the entrepreneurial world.

And it came about in an unexpected way.

“I was a corporate CFO who thought ‘I could write a book about how to do business a new way in the Fortune 500, she says.

“But I’d never moved from ‘I should do this someday’ mode.”

It’s a common problem with most first-time authors.

“My biggest challenge was acting on it. I also thought I didn’t have anything worthwhile to write.” 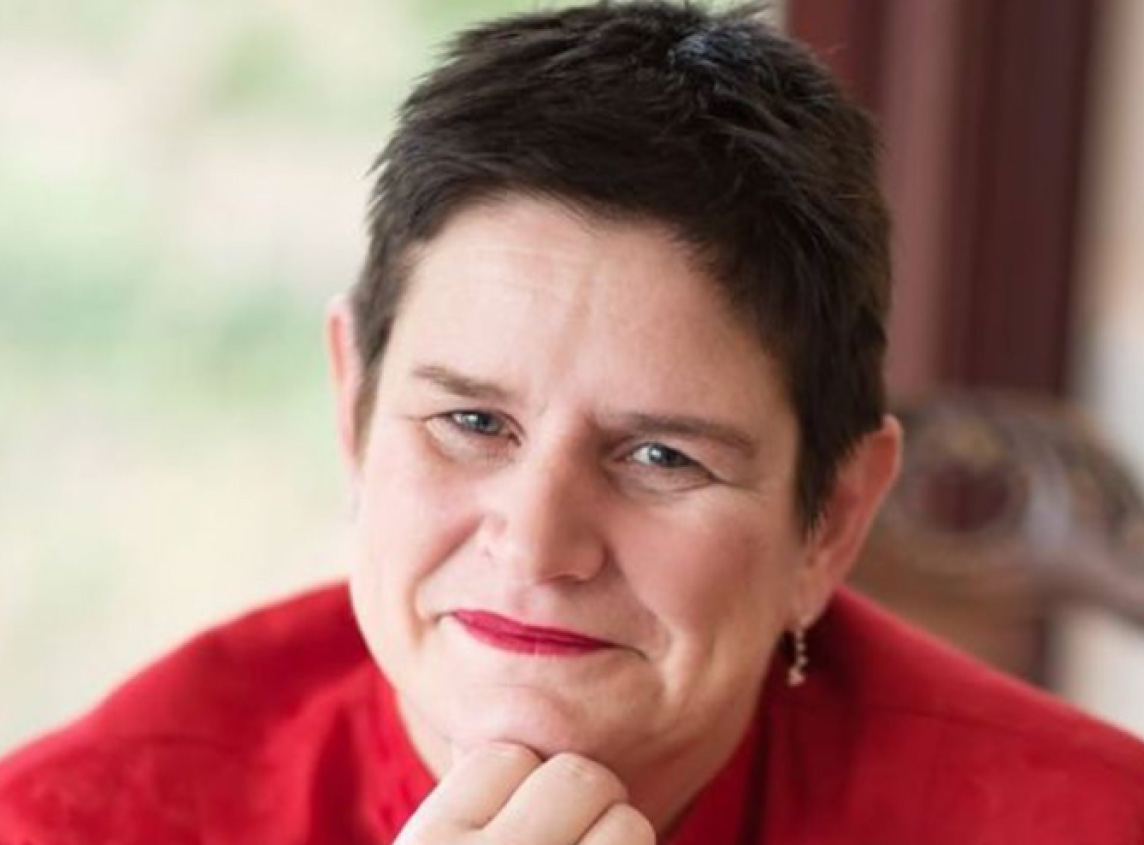 “And on top of this, I simply didn’t know how to write a book.”

But there was a second reason driving Pam’s big change.

“I worked with various entrepreneurs when I was moving between corporate jobs. I discovered I really enjoyed working with smaller businesses.”

It became the inspiration for Pam to branch out on her own.

Under the business name ‘Priorities’ (a clever spin on her surname), she became a consultant to entrepreneurs who needed better financial management skills.

Then an unexpected event gave Pam the push she needed.

“My mother, who was 87 at the time, broke her thigh,” she says. “She was in hospital and I ended up staying with her. During the night when she was asleep I had nothing to do but listen to podcasts.”

“I remember it clearly. It was 2:00 A.M. and on one particular podcast I heard Angela Lauria from The Author Incubator speaking.

“She talked about publishing books and how it works. She explained there were traditional publishers and self-publishing – but there was also this thing in the middle – and, by the way, it’s what she does, and does well.”

Angela mentioned an email address for anyone interested in learning more. So Pam sent her a message.

She expected an automated response. Instead, she got a surprise.

“Angela replied immediately. “She said ‘I love your business name!’”

“We ended up chatting and that’s when it all started.”

She needed to write a plain-English book for entrepreneurs about how they can pay attention to their finances.

“That was a big turning point for me,” says Pam. “I went from this mushy concept of ‘I ought to write a book someday’ to ‘Holy cow! I’m going to be an author! And yep, I can do it!’

“My goal had changed. I now wanted to write the book Angela had suggested.”

Critically, Angela also helped Pam understand what writing her book was really about.

“You create your book to make much more than you could ever create by just selling it.”

“You create the book because it’s a feeder into a marketing plan that allows you to grow a scalable business.”

It was a big penny-drop moment.

She quickly figured out the program fee would more than pay for itself. And the content and structure quickly revealed that results were on the way.

“Angela addressed practical matters and mindset matters,” says Pam. “I remember thinking ‘This is a step-by-step process! I can do this – and I have a lot to say!’

“The Author Incubator’s process was so enlightening. Because you didn’t start at the beginning and just start typing out a book.

“It’s about focussing on giving your reader information they can work with.

“And Angela was very much a mindset coach above and beyond a book publishing coach.”

Pam’s book Your First CFO: The Accounting Cure for Small Business Owners was published in 2018.

It became a best-seller.

“I remember the first time somebody read it and said to me ‘Wow! This has made such a difference to me – and my business.’

“That moment was huge.

“Seeing my book continually selling on Amazon after the initial promotion period was also cool.”

“A large part of what Angela teaches is the marketing of your book. She teaches you the steps to follow. And if you do them, you get the results.

“And the ultimate thing is your business makes money.”

“And this year I’m pounding on the door of seven figures in this business.” 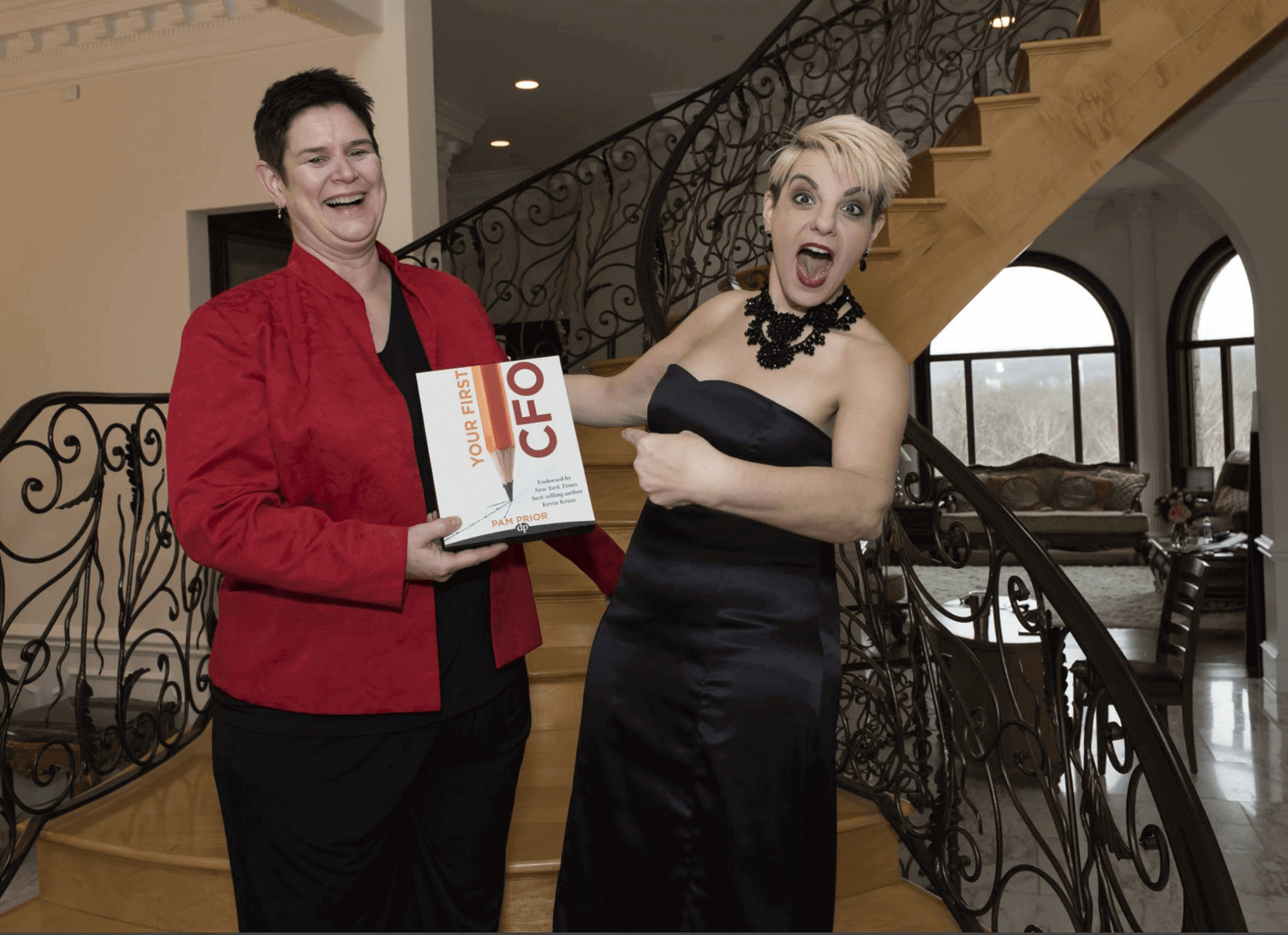 Pam says the Author Incubator, and Angela in particular, have had a big impact on her business, and her life.

“It just blew my mind how incredibly adept she is at business modelling.

“I keep a mind map of every meaningful relationship I have, and where it came from.

And on that map there’s an entire cluster that’s my business, and it starts with Angela.

“She wasn’t just my publisher; she changed my entire trajectory. She taught me how to be an entrepreneur.”

After her life-changing journey from the C-suite, what’s Pam’s next chapter?

“We’re scaling,” she says. “My plan is to double this business in a year by making my offer available to groups of people – because I know every entrepreneur needs it.”

Pam made a major change when she stepped from top of the corporate ladder and started her own enterprise. Along the way, The Author Incubator guided her from the idea of becoming an author to creating a powerful lever in the form of a book, one that helped to repeatedly double her revenues and add thrust to making her business a seven-figure firm.