In this post, we review Dr. Angela Lauria’s Book Journeys interview with Lori Anne Rising, author of Who Am I? How to Discover Your Purpose and Live Your Passion. 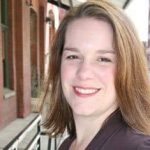 As noted in her journals, Lori Anne had always had the urge to write a book around May or June of every year, and after she noticed this pattern she decided to go ahead and write a book. Lori Anne had originally intended to write fiction, but when she found herself getting nowhere with it decided she would write a non-fiction book instead.

Lori Anne admits that she spent the first part of her life doing all the things that were expected of her, and consequently felt like she had left all her dreams behind. The death of her mother at the age of forty-nine created a crisis in her life, during which time she turned to a life coach for help, and the experience turned her into a life coach herself. Over time, she discovered that she wasn’t the only one asking about what her purpose in life was, and it was that which made her decide to write the book she did. 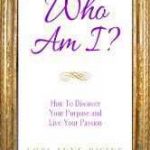 Who Am I? went through two incarnations. The first incarnation was a workbook, and it was only after it was published that Lori Anne realized that a workbook wouldn’t be particularly sought after by people, and when the publisher of the workbook went out of business Lori Anne bought back the rights to the book. Lori Anne then rewrote and restructured the book, adding the content that she knew would be needed to make the book more accessible and also made some minor modifications, such as those done to her cover, which she had done on the advice of a marketing person she collaborated with, after which she self-published the book, altering the subtitle to what it presently is.

Lori Anne noted that she had been “arrogant” about marketing before she got into doing that for her book. She notes that writing the book is a starting point, and most of the activities after that are geared towards all the other activities related to creating a career around the book and its contents, such as coaching and speaking.

Lori Anne mentioned that a book is essentially a one-on-one conversation between the author and the reader, and that it is through this that a connection is made, and from the reactions she has received Lori Anne has enabled such connections, for many people have approached her, thanks to the book, which has given her a great deal of credibility where her expertise is concerned. For aspiring authors, Lori Anne remarks that it is sometimes the writing process that enables one to find answers, and that there is no one right route to take when becoming an author.