In this post, we review Dr. Angela Lauria’s Book Journeys interview with Laura Erdman-Luntz, author of Awaken to Joy. 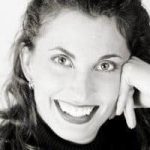 The book sprang from two things coming together in Laura’s life at the same time: the birth of her son and her setting up her own yoga studio on her own. Her son was a colicky baby and cried a lot, and because she lacked sleep Laura found herself snapping at her two-and-a-half-year-old daughter, and it was after watching a TV show that she realized that she didn’t like the way she was acting under the pressure she found herself in. Based on an anecdote she heard about her father-in-law while the latter had been serving during the Korean War, she started working on her diet, eliminating those foods, such as white pasta, which made her more irritable and keeping those that made her feel good. She also began changing the shows she watched on TV and, after a year of such experimentation, began sharing these with her students, in the form of twelve different modules, for the next three years after that.

Despite her students’ encouragement, it still took Laura five years before she realized that she did have material to put into a book, and since, for her, writing was a big step she didn’t want to become involved with all the activities necessary to sign up with a traditional publisher. Laura thus went with a self-publishing house which began inviting her, via e-mail, to publish with them, but Laura didn’t pick up the opportunity until a month after the publisher’s half-price promotional deal had expired. Laura was surprised to learn that the promotional deal had been extended for one more month, and she then wasted no time signing with the publisher. 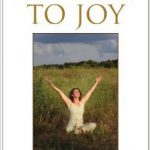 It took Laura sixteen more months before the book was published, due mainly to that she took her time writing the book out. She paid for the package she had wanted up front, and the publishing house kept on following up with her throughout those sixteen months, for which Laura was thankful, as such follow-ups kept her on track with her writing.

Where publisher packages are concerned, Laura notes that, as she has a large following on social media, including editing help would have been more applicable to her, rather than the promotional help that she got. Where editing is concerned, Laura noted that, since the book was a personal one, outside editing is necessary to ensure that any points she might have made in her head do translate properly to the reader, who would definitely not be familiar with the inner workings of her thoughts.

Laura’s creative process was, according to her, more like that of a work of fiction, as the work develops as she develops it, and she also remarked that two of her works had gone into a totally different direction as that she had originally envisioned. She also noted that she had difficulty claiming the title of “author” for herself until called her out on her not doing so.

Listen to the Laura Erdman-Luntz Interview on Book Journeys Radio