On this episode of Book Journeys, Vice President for The Author Incubator, Jenn McRobbie, interviews Kayla Berg, author of Frazzled to Free: The Soulful Momma’s Guide to Finding Meaningful Work. 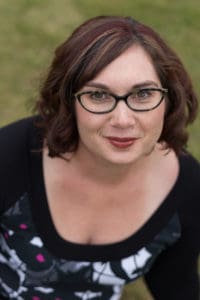 Kayla had wanted to write a novel when she was eight years old, but in the intervening years she didn’t follow through on that urge. Years later, she found herself in the position of being a mother who was looking for work that could support her vision of life with family, and Kayla remarked that there was so much information about this that it was hard for her to figure out what was right for her. Kayla became a life coach and part of her practice is helping moms figure out which job is right for them by “following their soul,” and Frazzled to Free is directed at mothers who have had, or still have, kids and who are looking for work which is meaningful to them and which could best suit their present situation. 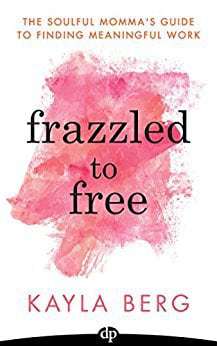 At the heart of Kayla’s practice is her helping mothers figure out who they are and what their particular gifts are, a process that Kayla calls “meeting your soul.” Part of the process entails the mothers digging deep into themselves to discover the things they love or like to do as well as the things they don’t love or like to do. They also need to recognize that their own needs, as mothers, are just as important as those of the members of their family.

Kayla put her own teachings to practice in her own life when she came upon Angela Lauria, who was offering a program to write a book. Kayla had already been following Angela intermittently, and she found the process to be both easy and difficult. For Kayla, it was easy because all she had to do was follow the process that Angela had set out, but it writing was difficult because of all the distractions that came with being a mother, which included being sleep deprived. Kayla mentioned sitting down in front of her computer, getting ready to write, and then feeling that she couldn’t write. Kayla remarked that self-care was important to her getting the writing done, doing such activities as having a salad, sleeping (she remarked that she would occasionally spend two of the four-hour block of time she had allocated to writing just catching up on her sleep) and going on shopping trips.

For Kayla, the best thing about having her book out is her ability to reach out and connect with mothers who she wouldn’t otherwise be able to connect with. She also remarked that publishing the book created a clear delineation between who she was before and to the more confident, clearer and more able Kayla that she now was, particularly that she’s now regarded as an authority, thanks to the book. Kayla remarked that she is now planning at least two more books, one nonfiction, the other fiction, and to those who would write a book Kayla recommends acting on the “tingle” they feel to do so, as the adventure is worth it.

Listen to the Kayla Berg Interview on Book Journeys Radio