In this post, we review Dr. Angela Lauria’s Book Journeys interview with Karen R. Koenig, author of The Rules of “Normal” Eating. 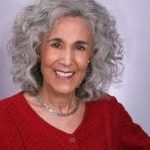 Karen is a psychotherapist who specializes in working with people who are “disregulated” eaters, people (usually women) who eat emotionally, rather than “normal” eaters, who eat only when hungry. The Rules of “Normal” Eating, which deals with how to reclaim and reconnect with one’s appetite using four simple rules, might be her first book, but at the time of the interview Karen has written four other books, all of which deal with disregulated eating.

The idea for her first book came from her experience in dealing with disregulated eaters, and she was fortunate, where writing was concerned, that she had just quit her full-time job to start up her private practice as, since she had few clients at the time, she then had the time in which to write her book out. Karen would start out with a morning session of around three hours or so, and would then write again in the afternoon, provided she didn’t have any appointments with any other clients, and then again in the evening, going on until around eleven o’clock at night. 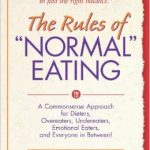 Karen enjoys writing and has what she calls “happy genes,” so while she still got such thoughts as, “Can I really do this?” and “Is it going to be any good?” she paid these little heed. Despite her being a naturally goal-oriented and driven person, there were inevitably times when she didn’t feel like writing, and in those times she went out and did something, such as skate.

Karen found her publisher while she was taking a class in screenwriting, as she had originally intended to create a screenplay or a novel, in the form of the woman who had been teaching a class in screenwriting, an entertainment lawyer who was also an agent, and, indeed, it was that woman who suggested that Karen write about something that she knew about, which resulted in the book. Karen went with the agent and went the route of traditional publishing, partnering up with a company that specializes in publishing books about eating disorders and which has published three of her five books.

As for herself, Karen casts a wide net, contacting such organizations as alumni newsletters, having speaking engagements and doing radio interviews. She always brings with her business cards that promote her book and has copies of her book in her car’s trunk.