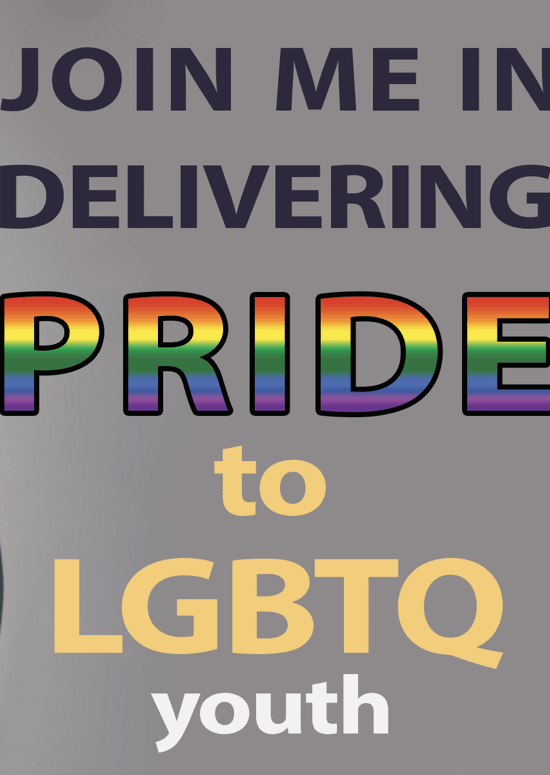 Matt was a poli sci major and an environmentalist with dreams of making the world a better place. After he was robbed, pistol-whipped, and tortured, tied to a fence, and left him to die, he changed the way we legislate hate crimes in America. His death triggered the Matthew Shepard Act and he has made a difference though not in the way he and those who loved him had hoped he would.

What most people don’t know about Matthew Shepard is that before he was murdered and became famous, he was teased and bullied about being gay, which led to depression, anxiety, and thoughts of committing suicide. He is not alone. LGBTQ youth are almost five times as likely to have attempted suicide compared to their straight counter parts, according to The Trevor Project.

When I started my business, the goal wasn’t just to make money. I had a job that allowed me to pay my bills, live in a nice house, and take my family on Carnival Cruises and trips to Disney. The goal was to make a difference and help others do the same WHILE making money.

Tuesday was a huge milestone for me. I launched my 4th book and hit my highest ever rank on Amazon… #209 overall and #20 in all of non-fiction. So I asked myself, how to I want to celebrate this moment. And the answer was really clear, I want to help others who are making a difference.

I’ve worked with over 500 authors at this point and each and every one was selected because of their commitment to changing people’s lives, but if I had to pick one person who was the most committed, taking action, and making the biggest impact, it would have to be Dr. Ron Holt.

Dr. Holt and his partner Dr. William Huggett save lives. They support one of the most vulnerable populations in our society, LGBTQ young people. These are kids who experience bullying, experience rejection, discrimination, violence and hear messages of hate every day.

When I heard Dr. Holt and Dr. Huggett had started a GoFundMe campaign entitled, “Delivering PRIDE to LGBTQ Youth” by sending free copies of PRIDE Coloring Book to LGBTQ non-profits, school GSA support groups, and community PRIDE events across the US and Canada, I begged to be involved.

I knew that every dollar donated would go directly to putting these books into the hands of young people who need messages of love and affirmation. And just in time for June PRIDE month.

I believe in this campaign and I want more LGBTQ young people to know they are loved, they are valued, and they have precious lives worth living. To honor the work Drs. Holt and Huggett have been doing, I’ve offered to match any donation made to the campaign up to $1000. I hope you will join me. Even $1 matters.

You can make your donation to the campaign here: https://www.gofundme.com/PRIDEtoLGBTQYouth

With your help, and Ron and William’s vision, commitment, and persistence, we can help empower thousands of LGBTQ high school and college students and send a signal that their lives matter.

There are three ways you can join me to help empower LGBTQ kids.