How Your Book Can Write Itself 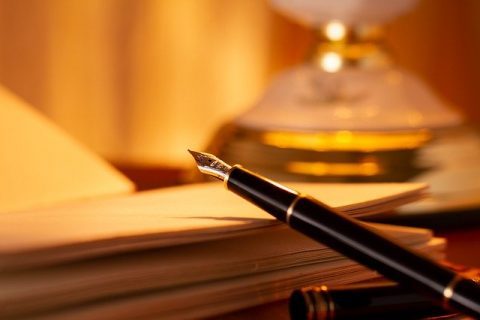 “In the deepest hour of the night, confess to yourself that you would die if you were forbidden to write. And look deep into your heart where it spreads its roots, the answer, and ask yourself, must I write?”
― Rainer Maria Rilke, Letters to a Young Poet

Do you know about the Quantum Physics concept of Self-Organization? Basically, (and I’m over simplifying here) it’s when a whole mess of stuff turns into a single, coordinated, ordered, new thing ― all on it’s own.

Think, for instance, about birds migrating for the winter. Initially, they are totally disorganized, but spontaneously and without force they come into a migrating pattern or formation. They go from being a bunch of birds, to a flock!

Self-organization shows up all over in nature ― stripes on zebras, dances by honey bees, crystals in snowflakes ― patterns are everywhere.

And what I’ve learned after a couple decades of helping folks write their books, is that the best books work pretty much the same way. Authors show up with a messy pile of ideas and somehow, almost spontaneously, those ideas begin to shape themselves into an actual book.

Lots of people tell me they want to work on their book but they need to do a bunch of “stuff” first. They aren’t ready. Can you imagine if the stripes on a zebra revolted and didn’t want to get in line? Or if the crystals in a snowflake refused to turn into a beautiful and unique pattern? This is the truth about your book.

Once you commit to turning that big mushy mess of ideas in your head into a book you can hold in your hands, it will begin to self-organize. Doing anything else is simply standing in your own way.

Your book ideas are ready to take flight and get into formation.

Are you ready to fly?

Not sure if you actually are ready to write your book? I’m happy to give you my honest opinion. I promise, I pull no punches. You can set up a time for us to talk here: https://authorincubator.acuityscheduling.com/schedule.php