This week’s episode of Book Journeys Radio has Dr. Angela Lauria being joined by Dr. Charles Rawlings to talk about his book, It Really Is That Complicated. Aside from being a Board-certified neurosurgeon, Dr. Rawlings is also a practicing lawyer with a specialty in the medico-legal aspects of legal practice. Dr. Rawlings is also an accomplished and distinguished underwater photographer; his first book, Living Shells, a coffee-table book compiling his best photos taken at dive sites all over the world, also bagged several awards, including one from the New York Book Festival. 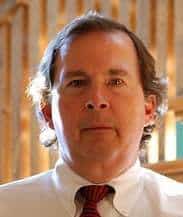 According to Dr. Rawlings, It Really Is That Complicated is about “the readers… about everyday folks, men and women, and the relationships in which they find themselves.” He describes it as a very truthful book that isn’t afraid to say the truth, and isn’t going to pull any punches in getting its message across. He seeks to disprove the idea that setting a relationship us is as easy as it seems, but really is very complicated.

In writing the book, Dr. Rawlings said that he drew from his experiences jumping back into the dating pool after his divorce. He said that the ideas in the book reflect a more mature insight than the usual fare; that it would give solutions to the problems that people in a relationship commonly face, such as going on trips, home ownership, all the way to sexual issues. To write the book, Rawlings had the help of a group of friends sitting down and discussing things before writing the book. This way, it only took him 45 minutes in order to lay out an initial outline for the book. However, he had people read the chapters of the book as he was writing them, refuting or validating the points that he made in the text. 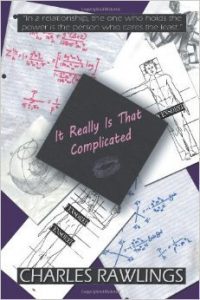 Since It Really Is That Complicated is Dr. Rawlings’ first foray into actual book writing, he had to structure his writing time around his professional practice, writing mostly in the evenings. After eight months or so, he already had a working manuscript. Rawlings revealed that he had enlisted the help of noted Australian editor Emily Gowor, as well as another copy editor, to clean up the manuscript before submitting it to AuthorHouse, a popular author-funded publishing house. Rawlings was very upbeat and positive about his relationship with AuthorHouse, saying that it was very much worth the money that he spent on them. He also encourages other writers looking to self-publish to explore options with other vanity presses of self-publishing firms. He is also positive about having third parties do some of the leg work in self-publishing a book.

Dr. Rawlings noted that PR firms and even writers usually consider writing as the main bulk of the job for authors looking to self-publish. However, he says that marketing your work is also a big part of the equation. Finally, he said that social media is the easiest way to promote a work, especially a self-published book like his was. this is why he had tapped the power of Facebook to connect with his readers and keep them updated.