On this episode of Book Journeys, Angela interviews Caroline Greene, author of NEXT: How to Start a Successful Business That’s Right for You and Your Family. 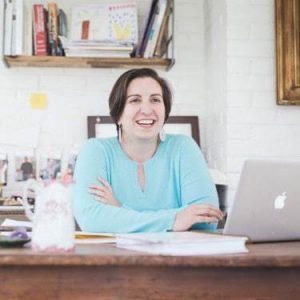 Caroline Greene is a coach and a mother who, when she set out to create her own business, discovered that there might have been a lot of information for entrepreneurs on how to set up a business but very little to help out mothers like herself. She wrote the book NEXT to address this need, aiming it at mothers who want to start a business for themselves while also being the “parent, partner and whole person” that they need to be. 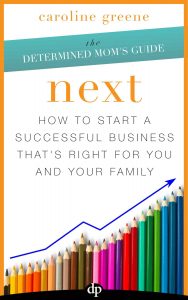 NEXT is actually Caroline’s second book; Matter: How to Find Meaningful Work That’s Right for You and Your Family, is her first, and she wrote both of these books out as a participant in Angela Lauria’s “Three Days to Done” program and as part of Angela Lauria’s Difference Process for writing books, which she remarked had helped her out greatly. She pointed out the “creativity temple” part of the process as the one that enabled her to just get quiet with herself, enabling her to ignore all the “shoulds” that came her way, and allow herself to bring all of her life experiences into creating the book. She also contrasted the quiet way in which the “creativity temple” worked to a creative process mentioned by Elizabeth Gilbert, wherein one has to catch an idea when it flashes by and then pin it down.

Caroline opines that the things that hold authors back from creating their book are the same ones that hold them back in other aspects of their lives, which she also remarks comes from a belief in lack and a fear of one’s own greatness, in the form of doubts and questions about the future, should the author’s book become successful. For Caroline, one of the ways in which this fear manifested was when she interviewed people for her book on an issue that she believed, at the time, to be crucial to the book itself; and while she did use some of the results of the interview in her book, she realized that conducting the interviews was more of a way for her to build confidence in what she was doing than actually doing the research itself. She also remarks that this kind of hesitation can be seen if one were too intent on creating a perfect book, for the advice a person can give at one time may change a year later, due to any life experiences that person had, and this attitude could result in years going by without the book getting written.

For Caroline, writing the book was a vehicle for her to stop hiding, transforming her into a person who wants to be of service to others, and that has served her business well.

Listen to the Caroline Greene Interview on Book Journeys Radio